Repost 📷 @bpd.mgt If you’re anything like me, you tend to have… 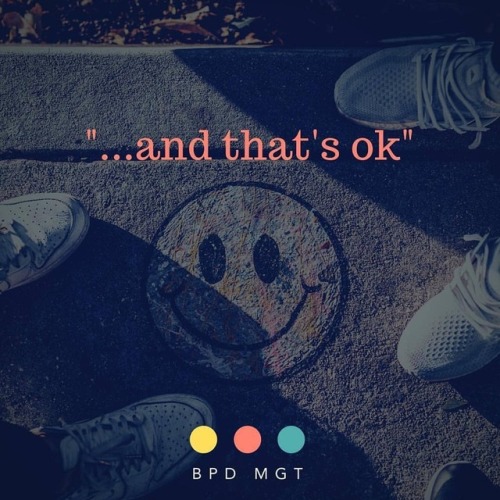 If you’re anything like me, you tend to have bad self talk. It’s the punitive parent in all of us, the reprimanding and the negative criticism. It does have a function, although it’s very hard to believe as it seems the most destructive thing we do to ourselves. The negative, self critical voice belongs to the same part of the brain that gives you the endless chatter about scary stuff in the future and failures in the past. This is the voice that tries to stop you from making the same mistakes by really hammering in how badly you did. Also, it paints a dire picture of the future so you stay away from doing stuff that seems risky. All in all, this part of your brain is like an overprotecting parent and if you had parental figures that talked very negatively to you, the voice will be more negative than if they’d been nice to you. But the most important thing to know is, that this voice isn’t you. It’s not you, you can slow down and observe it and you realise that it isn’t you. It’s just your overactive brain that have been given too much power and got a bit too strong fo its – and your – own good. So, there’s one little trick that I do when I start talking harshly to myself. I say “and that’s ok” at the end of the sentence. My brain would go “oh my god you’re such an awkward idiot, you said all kinds of weird stuff to that person, they must hate your guts” and I say: “…and that’s ok”. This really stuns the brain for a second. It tries again, though “no seriously you’re an idiot” “….and that’s ok”. “Hm, this is no fun! the brain thinks. “You’re hopeless. Why bother with you…” “and that’s ok!” Honestly you say “and that’s ok” 3-4 times and your brain gives up. Try it if you like and let me know if it worked! #bpd #bpdrecovery #bpdproblems #bpdawareness #bpdawarenessmonth #borderline #borderlinepersonalitydisorder #borderlinepersonality #borderliner #borderlinepersonalitydisorderawareness #mentalhealth #mentalhealthawareness #recovery #recoverytips #dbt #cbt #mindcontrol
https://www.instagram.com/p/Bp4BeMRnYWW/?utm_source=ig_tumblr_share&igshid=ladoveclcsau

Repost 📷 @projecturok – Give yourself some ❤️ by practicing…

Repost @becoming_tilly Something I come to realise more and…

Repost @bpdbasedgirl So today I did some yoga. Also some…

Repost 📷 @borderline_but_beautiful Jury’s still out on this…